Pooping for the planet: Part 1

This is Part 1 of a series of blogs entitled Pooping for the Planet. The purpose is to show how organic waste - including biosolids and manures - can be the basis of ensuring productive soils and, by extension, sustainable agriculture and food security, into the future.

Ask not what the soil can do for you; ask what you can do for the soil. 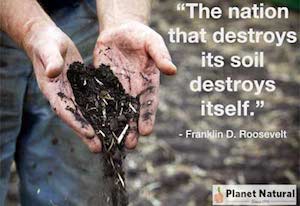 One of the greatest crimes committed by modern western society is that we use potable water to dispose of what is regarded as waste. Manure, dung, excrement, shit – call it what you will, but the crime is threefold: the use of precious water resources to wash away another resource that could well save the planet, thus turning both resources into pollution. What were we thinking?

We know that human activity since the Industrial Revolution has altered not just the landscape, but the climate of the planet. Climate change is already biting hard in many parts of the globe. Extreme weather events caused by the rise in sea temperatures are devastating coastlines, while dustbowls are replacing food bowls in some countries. In the foreseeable future, droughts will become longer and drier, the sea temperature is rising, causing more frequent and stronger cyclones and hurricanes as well as coral bleaching, which in turn will wipe out some species of marine life. In Australia, our bushfire season will be extended and these events will become more frequent. Areas that are already vulnerable to climatic extremes and fluctuations will become uninhabitable. It’s too late now to stop the impact of climate change. Decisive and positive action can slow it down and mitigate its effects, but climate change is happening. It has entered a positive feedback loop where its own effects contribute to and subsequently increase those effects.

The good news? We can offset a lot of the negative effects of climate change by reversing our one-way system of waste disposal. Yes, it really is that simple. And that complex.

The global human population reached 7 billion in 2011. On current United Nations estimates, it will reach 8 billion in 2024 and 9 billion in 2042. This is within the life expectancy of almost everyone who is likely to be reading this now. The question is not so much where will all these people live, but what will they eat?

According to the UN, by 2050 “it is expected that half of the world’s population growth will be concentrated in just nine countries: India, Nigeria, the Democratic Republic of the Congo, Pakistan, Ethiopia, the United Republic of Tanzania, the United States of America, Uganda and Indonesia (ordered by their expected contribution to total growth).”

Soil is the Earth’s skin. Like our own skin, it can be damaged by over-exposure and needs to be nourished and protected if it is to remain healthy. We look after our own skin by eating well, limiting or abstaining from unhealthy activities, and protecting our skin from excess exposure to the sun. A healthy skin protects our bodies from infection and bacteria, assists in maintaining our body temperature, protects our blood vessels and nerve endings and minimises dehydration. The Earth’s skin performs exactly the same function.
Healthy soil, like healthy human skin, protects the underlying structures of the Earth, such as groundwater and subsoil, from disease, dehydration and extremes of temperature. This is increasingly important as the effects of climate change become more evident. As I write this, vast tracts of California are on fire in the worst wildfire event on record. The USA has also just experienced three hurricanes in quick succession and parts of the Midwest are ravaged by drought while Ireland is being hit by a rare east-moving hurricane. Closer to home, south east Australia is in drought with no sign of rain in the short term.

A healthy, functioning layer of soil protects water resources and will not blow awa 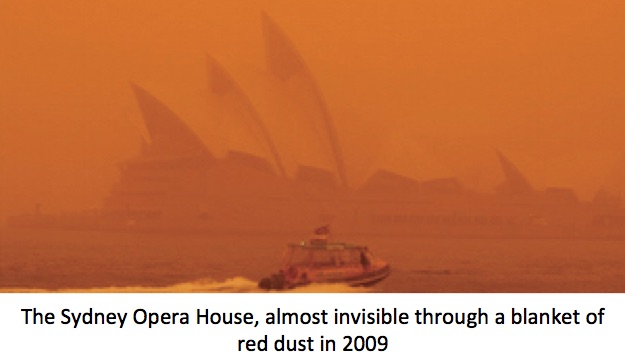 y during high winds during periods of drought. It’s an old joke that Australia’s biggest export to New Zealand is topsoil. During a severe dust storm in 2009, Canberra and other inland cities were blanketed in red silt, which then continued to blow eastwards to the Tasman Sea. The CSIRO estimated that at the peak of the storm, which lasted from the 22nd to the 24th September, 75,000 tonnes of topsoil were being blown off the NSW coast per hour. That’s a lot of topsoil.

Soil also performs one other important function: it grows our food. The only way we will feed a global population of 8 billion within the next three decades, and 11 billion by the end of this century, is to ensure that the Earth’s skin remains healthy and productive.